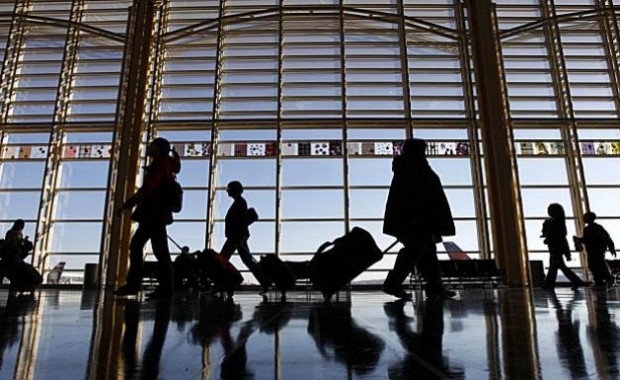 Most travelers head to the airport, check in, and let the airline take care of the rest. That’s not good enough. Especially if anything goes wrong — and things DO go wrong. You need be your own advocate, and you need a game plan, backed up with information and technology.

Here are five ways to get an edge over the more complacent travelers around you:

1) Get serious status reports sent to you in real-time.
While airlines offer e-mail, text message, and automated phone call alerts, which update you on the status of your flight, these updates are often too little and too late. For real status updates, sign up for the alerts feature at FlightStats.com. Their updates are very, very detailed, and you’ll know exactly where you stand.

2) Know your alternatives.
Carry the airline’s timetable, or a list of alternate flights to your destination, which can be downloaded or printed from any airline’s website. This is useful when you try for a rebooking or want to go standby. Let’s say flights are delayed two hours across the board. The previous flight might still be waiting to push back from the gate. Check the timetable you brought with you and make a beeline for that earlier flight. Try to stand by and get out early, instead of waiting for hours for your scheduled itinerary.

BONUS: Don’t forget alternate routings if trying to rebook. Just because you’re scheduled to fly from Raleigh to Los Angeles via Chicago doesn’t mean that’s the only route you can take. (E.g., maybe you can fly via Dallas instead.) Having an electronic timetable is great for this. Ask airline agents about specific route alternatives — they may not look them up if you don’t ask for them by name.

3) Playing contract lawyer can be fun.
Though the rules that govern your ticket aren’t pre-printed on your boarding pass, you’re still bound by them. So bring a copy! Since I usually travel with a laptop, I keep a downloaded copy of the airline’s contract of carriage on the hard drive. The contract includes rules such as compensation for being bumped and the infamous “Rule 240″ that lives on in some contracts, governing the transferability of your itinerary to another airline in case of delay. (Knowing the real reason for delays is useful, too.) I also keep screenshots (or PDFs) of terms and conditions pages related to upgrades, frequent flyer mile redemption, etc., in case anyone gives me a hard time. Know your rights, and exert them. I’ve had to break out that legal mumbo jumbo with airline representatives (and their supervisors) on a few occasions, and with paperwork at the ready, I’ve always won.

4) Pre-program airline phone numbers into your cell phone.
While airlines’ 1-800 numbers are increasingly staffed by unempowered outsourced overseas call center personnel, you may need to call and make a change. Best to have the number at the ready, especially if you’re stuck on the plane.

BONUS: If there are big delays, and long lines of people waiting for a customer service desk, try the self-service kiosks. Often, the machine can help, faster than a call to the 800 number can. If the machine can’t help, there’s sometimes a phone attached, and picking it up connects you to an agent — an agent who, in my experience, has been far more empowered than the average call center employee. I’ve used those phones to get on standby lists and make last-minute itinerary changes, while others stood in a long line at the gate, hoping to make the same change. These kiosk phones work, but most people don’t use them.

BONUS 2: Program this number in, too: 1-877-FLYERS-6 (1-877-359-3776). It’s the Stranded Passengers’ Hotline from the Coalition for Airline Passengers’ Bill of Rights. If your plane pulls away from the gate and just sits there ad nauseam, call them and let them know.

5) Check in online, and early
This one should really go without saying, but so many people put it off that it bears repeating. Check in online, and do it as early as you can. The earlier you check in, the less likely you’ll be bumped, and the more likely you’ll be in line for upgrades and clearing standby, if either of those options are in the cards.

BONUS: Check in early even if your flight is delayed. Let’s say your flight is delayed two hours, and you know it’s delayed even before you even head to the airport. Check in before your scheduled departure time, not the rescheduled/delayed time. If you don’t check in by the original time, you’ll still be considered a no-show and could lose your seat. And I recommend against showing up late for a delayed flight. You never know when that 2 hour delay might miraculously turn into a 30-minute delay, leaving you grounded. Don’t laugh, it happens. Better to show up on time and try to stand by for the earlier (delayed) flight.

BONUS 2: Some people mistakenly think you can’t check in online if you have bags to check. That’s not true. Some airports have a bag-drop for those who checked in online, while others make you stand in line. (Just be sure to leave yourself enough time to check the bags.) But checking in early online still has its benefits, no matter if you check bags or carry on.

These tips won’t guarantee that you’ll get where you need to be on time, but you’ll improve your odds. 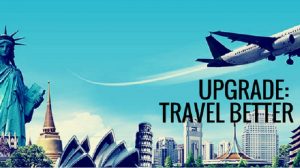 A travel blog dedicated to providing travelers with travel tips, news, and the latest happenings in the travel industry. It aims to help travelers experience maximum convenience and comfort through great deals when traveling.

The Best Casinos to Visit When You Travel To New Zealand 05 Apr , 2018

Mythbustin’: Is Wednesday at night the best time to buy airline tickets? 09 Aug , 2006

Mythbustin: Is Wednesday at midnight the best time to buy airline tickets? 09 Aug , 2006

Update: Pie apparently a threat to security after all 25 Nov , 2006